Ah, the champion. The beacon of hope in a sales opportunity. A ray of light that can navigate the tumultuous waters of executive buy-in and procurement processes, carrying you through to that glorious “Closed-Won” status in your CRM.

Champions play a critical role in propelling deals forward: they sell on our behalf internally, they help us understand the internal buying process, they give us insights into competition, and they provide a window into the perspectives of decision makers. As we progress in conversations with customers and prospects, it’s important to quickly identify the passionate, enthusiastic individual(s) who actively promote us internally.

But sales champions have limitations

A champion may be an eager advocate for your solution - but they may not have the power and/or influence needed to actually progress the deal internally.

Let’s take a look at the role of power and influence in action:

You’re an Account Executive pitching a SaaS tool that will help ABC Corporation more accurately forecast their financials. In your first few meetings with the team, you notice that the FP&A Analyst is excited about the tool, and asks a lot of questions about its features/functions. You label her as a champion, and begin asking questions the buying process and internal stakeholders that need to be involved in the decision.

You soon realize, however, that she has only been with the company for three months, and it’s her boss’ boss who will make the decision about whether or not to purchase a new financial forecasting tool. He is undecided if they even need one yet!

Is the FP&A Analyst still your champion? Or is she simply a friend? Does she have the formal power to direct the project forward, up through layers of unconvinced leadership? Does she carry the influence needed to persuade her boss’ boss to spend precious budget on a new solution?

How to identify a sales catalyst

Catalysts extend beyond the champion: they have either the power and/or the influence to move a deal forward. They work closely with economic buyers and executive decision makers to propel projects and initiatives forward, in alignment with organizational priorities. (It’s important to note that a catalyst could also be your champion - but he/she is not only your champion.)

So how do you identify the catalyst in a sales opportunity?

Catalysts usually have a track record of strong performance. If you’re not sure, take a look at their LinkedIn profile to identify internal promotions and career progression.

Catalysts can typically speak articulately when it comes to executive initiatives, and they know how various projects map to the larger organizational priorities.

Because they know that it takes a team to get projects and initiatives across the finish line, catalysts have close relationships with individuals and leaders across departments and functions.

Catalysts’ viewpoints and opinions are usually respected by leadership, peers, and team members, and they are often given deference in meetings.

Oftentimes catalysts have a direct line of communication to executives and decision makers. However, this doesn’t necessarily mean that they are a senior-level leader. One good way of figuring out who is close to decision makers is to observe who gets informal texts/calls/emails from top leadership.

If you’re not sure whether you have a champion or a catalyst - or maybe one and the same - sketch out who and where your buyers are according to their power and influence (read more about buyer personas). If your “champion” has an impressive title (power) but no real influence, they may not make much of a difference in the deal. And if they have no power and no influence, they’re likely just a friendly face.

To read more about this topic, I’d recommend reading The New Power Base Selling.

Christi Wall is the Director of Revenue Enablement at Chainalysis, a cryptocurrency analytics company that works with governments, exchanges, and financial institutions to identify illicit activity on the blockchain. Christi started her career in Human Resources at Raytheon Polar Services, and was deployed to McMurdo Station to support "on-Ice" personnel. She then pivoted her career to sales enablement, building programs for Ping Identity and helping to scale the organization from VC and PE-backed growth stages to public-grade operations. Christi received her BA in Communication from Truman State University and is an Executive MBA Candidate at INSEAD. 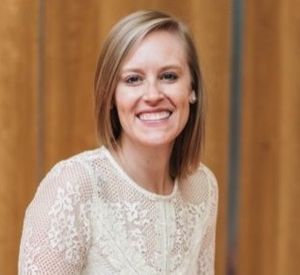 Sales Enablement Collective
—
Power & influence: The difference between a sales champion and a sales catalyst