Main aims of this article

If we're going to talk about the future of sales, what does it mean for the sales process? To understand where the future is headed– or the postmodern future, if you prefer– Let’s look first at the history of sales.

But first, let me lay out the main talking points of this article:

A brief history on the traditional sales process

This fixation on a sales process came out in the 1980s.

The idea was that a singular process would drive how sellers behave. How the companies would equip, enable and train sellers was dictated by the goal of ultimately replicating our star performers.

Selling in the postmodern world

In the modern world, this is really changing. I believe we're in a postmodern selling era.

Let's talk about why the traditional sales process is declining.

It's too sales focused

The data behind this says that 80% of buyers are on a digital journey and they're not inclined to have conversations with salespeople. So, really, it should now be buyer focused. And that's not news, per se.

What’s now absolutely crucial to understand is, it's now a buyer centric or a buyer activity focused journey.

It’s one- size fits all

There's one process and everybody's got to follow it. It's really more about situational fluency. Why is that? Because people are recognizing now that it’s no longer just about acquire, acquire, acquire.

We're now in a subscription based recurring revenue model. And in fact, 80% of customer revenue that you generate is from existing customers, not new prospective customers.

With the traditional sales process, as interested as people were in getting everybody on the same page, It was loosely enforced. The idea was that everybody should follow it, but 80% of managers didn't really coach the process, according to the research.

80% of buying is now digital and buyer driven; 80% is now focused on existing customers, not new logos. And 80% of the process was never really coached in the first place, it was merely a suggestion.People want their sales process back, because it never really existed to begin with, and it needs to change for the future.

And so let's talk about what a postmodern revenue process needs to look like.

It's no longer sales-focused.

Instead, it's partnered. It's marketing, sales and customer success all working together.  They’re working together in a cross functional effort to create a consistent buying experience across every touchpoint.

This needs to be a partnered consistent experience across that whole journey.

It's no longer one size fits all. It needs to be relevant, it needs to be precisely focused on the specific commercial moments.

The idea of acquisition is distinct and different from expansion, upsell, cross sell, even from retention and renewal. That postmodern revenue process is not one size fits all. It is a size for acquisition, one for expansion and one for retention. It's not just sales focused.

It's actually partnered across all departments.

And you're going to integrate the skills with which you enable the salesperson, and your marketing teams and Customer Success teams. This is achieved through automated smart cadences that drive greater persistence into your sales and buying journeys.

Acquisition does not equal expansion

The first thing to realize is that customer acquisition does not equal customer expansion.

The human science of status quo

This bias is at the centre of all decision making. But as a result, it creates a strong distinction between how customer acquisition works, and how customer expansion works.

Very often, you're not disrupting status quo bias at all. In fact, because you are the status quo bias. Your messages, your content, your skills, training, and your enablement for your sales teams are meant to reinforce your incumbent advantage. You’re then building on that as growth as opposed to disrupting growth.

So, the real move that's being made here by sales enablement, is recognizing that this is a different psychology. And as a result, it requires different stories and different skills to be effective.

I'm going to take a look at the idea of acquisition and how it's partnered between marketing sales and customer success. I’m going to look at how it's precisely focused on the moment of truth, where you're working at attracting new prospects to your business, and how it's prescriptive and persistent across that buying journey.

We call this concept, ‘commercial choreography.” And what you're really doing is bringing together all of these elements: Marketing, messaging campaigns, cadences, sales, skills and conversations.

In the process, you recognize the role that customer success has in acquisition, and in expansion and retention. It needs to be part of the partnered, precise and prescriptive selling process.

And there's a role for marketing, sales, the enablement team and customer success. They’re all prescriptively and precisely aligned to those moments. Before these things were all happening in silos.

Because they were run by different departments, it was loosely enforced, a loose confederation of activities. But the postmodern sales process recognizes that you need a partnered, precise and prescriptive move.

So let's take a look at this bit by bit.

But the idea is that these are highly prescriptive, automated, integrated touch patterns that create a persistence that might otherwise not have happened. Let me just describe what has to happen at the beginning of an opportunity when you're creating opportunities.

There are moments in opportunity creation that are sometimes left to chance. Fatigue sets in when people don't make enough touches. The problem is there's just not enough frequency for what needs to happen in order to actually get enough hand raisers to convert to pipeline.

The "get a handraiser" cadence

The future of sales enablement is going to be much more prescriptive. We are already working on testing specific cadences that look at the right number of steps on the right days. We’re working on being able to tell you what elements go into which communication devices.  We are even specifically testing what content assets you should be providing to generate the most hand raisers.

Idea number one is that you get a hand raiser, and there needs to be a level of consistency and persistence with the number of touches and the number of days. The right messaging and the right content assets are also essential for this acquisition moment.

The "get a meeting" cadence

The second touch pattern or cadence that we are testing in the acquisition motion is the ‘get a meeting cadence.’ Once somebody has raised their hand, they're still not convinced, they need to take a meeting. And that either goes to your SDR team or your BDR team. The problem is that sales development reps or sales reps do not persist as much as they should.

The number of touches needed to squeeze as many appointments or opportunities out of your hand raisers are about 15 steps across 21 days. It requires multiple different modalities, emails, voicemails, LinkedIn. And then a bit of rinse and repeat every now and again.

Remember, this is now a mixture of your messaging content and the skills of your sales development reps.

There's just too much giving up. It stems from a loosely enforced ‘suggested’ effort, as opposed to an integrated, automated and persistent effort. But getting a meeting is maybe a familiar cadence for people.

But none of this means anything until you turn that into a qualified pipeline, with real dollars and real timing attached to it. This now becomes something you can put a cadence or a touch pattern against , where you have specific steps across time.

The premise here is that so many things that were left to chance are now becoming more automated, more integrated, and more insistent on persistence.

The role of sales and enablement

All selling is now inside selling

All selling is basically inside selling now. Where before the seller would say, “Oh, I will maybe use your technology, maybe put something in the CRM. I'll maybe get around to making all those calls. But I'm really busy. I'm out in the field, and I don't have a lot of time.”

The world of automated prescriptive cadences that drive certain messages and certain touch types is now going to be a regular part of the future of selling operating procedures.

But there needs to be an interaction with cadences and technology to drive the procedure.  This amount of activity is going to be a regular part of selling’s condition of employment. That's just going to be the way it's going to happen.

Are your sales and enablement aligned?

The key is making sure the sales and your enablement team is aligned. Marketing generally drives the’ hand raisers. But now you have SDRs, or reps running to get a meeting cadence.

And when they get that meeting, it has to be great. They have to deliver a provocative, powerful, insightful, ‘why change’ message to potentially acquire a new logo.Then they have to be persistent in nurturing that to an actual qualified pipeline.

They have to be able to tell not just a disruptive ‘why change’ message, they must tell a differentiated ‘why you’ message. That means that your messaging, your content, and your skills training are really imperative.

No longer is skills training going to be some standalone thing out there on a calendar.

Even the messaging and the content, assets and skills training you provide need to be aligned to these three movements.

And what most people don't realize is that your messaging, your content and how you involve customer success is completely different in the expansion motion.

What I want you to understand is that essentially, you have something called incumbent advantage. The incumbent advantage recognizes that you have been able to deliver some sort of current impact that you can anchor and reinforce with your customer. It has to actually generated results, outcomes and delivered measurable benefits.

More than anything, you don't want to sound like a competitor. You want to have a better story to tell than your competitors. Even when you have a commercial choreography for expansion,  it may look a little bit similar to your competitors on paper. The distinction in your story is what will generate interest.

But your goal isn't to get some sort of a cold appointment and get them interested. Your job now is to create an opportunity to come in and talk about the impact and the progress that's been made, then you can begin to introduce some cross sell opportunities.

And so the question you have to ask yourself, do you have the right messaging, the right content and skills to have this expansion conversation?

The assumption is you've got them implemented and got them on board. But now there's some metrics, some numbers, and some effort that you want to document. You can then filter  that into the story, the messaging, the content and skills that you equip and enable the seller to use when they are having that business review.

1. The future of selling is a partnered, precise and prescriptive opportunity of customer acquisition versus customer expansion.

2. It's not one size fits all. It's precise and aligned. For Specific customer commercial scenarios, you don't use the same process for every engagement. You want to have distinct ones for the type of commercial scenario you're engaging in.

3.  It's not loosely enforced anymore. You can't even consider it a process unless it operates like a process. The future will be much more prescriptive, where you will be integrating the messages and content and skills into something that is automated. 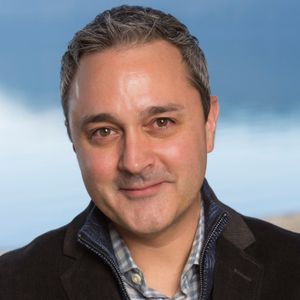