Few things are as costly and disruptive as managers who kill motivation.

It’s said that “people don’t leave jobs; they leave managers” and the stats back this up: 70% of an employee’s motivation is influenced by their manager, according to Gallup.

They’re also 87% less likely to quit, according to a Corporate Leadership Council study. Meanwhile, disengaged employees underperform and will walk out the door at the first opportunity.

Unhappy employees corrode every organization’s success and profitability, and it’s bad managers who are most often to blame.

This article invites you to hold a mirror to your leadership style and be honest: are you one of them?

You know everything: you know how to get things done and you get irritated if everyone doesn’t do it your way. You’re a perfectionist but, worse, you’re a micromanager.

This hurts rapport and team culture by sending the signal that you don’t trust them to do their jobs competently without you hovering over their shoulder and constantly checking every minor detail of their work.

Yes, your expertise and experience are what’s led you to a leadership role, but stifling your team’s autonomy by constantly questioning how they do things will damage their confidence and motivation - both to do their jobs and to being open and honest with you when they need to come to you for advice.

“That’s not the way you should be doing it.”

“Fred at PurplePineapple is a funny guy, isn’t he? I remember talking to him one time at...” (opening up an opportunity for a conversation about how a relationship with a customer is progressing).

“Is there anything you need my help with? I’m conscious I’ve not checked in with you for a while.” (demonstrating that you’ve left a task or project in their hands, that you trust them, and giving them the chance to ask you for support, let you know about any difficulties they’re experiencing, or step in if they need you to).

You don’t know your team

You’re dismissive of small talk, unapproachable and maybe even a little scary/intimidating. In your mind, work is for work and you’re not interested in their kids’ names, their jokes or that they’re in the middle of moving house.

“Yeah, we’ll pick that up in our next scheduled appraisal.”

“One day, we’ll go a whole hour without you talking about your cat.”

“Can you stop laughing and get on with what we’re actually here to do: work?”

“Hi Michelle, how are the kids?”

“Hey, did you catch the Lakers’ game at the weekend?”

“See you at the company party this weekend!”

People don’t know what you want from them

This is kind of linked to the point above and is underpinned not just by a lack of communication, but a lack of understanding of the need for communication and consistency.

Being vague about your expectations from your team does nobody any favors and causes all-round frustration and resentment.

“I expect results.” (without actually stating what they are).

“It’s in our mission statement/company handbook, didn’t you read it when you started?”

“We talked about this at our last team meeting.”

“Let me give you an example…”

“As a team, we need to set up 20 new meetings every month. What are your suggestions about how we achieve this?”

You demand respect, but don’t earn it

I once had a manager who gave me and two of my colleagues a dressing down because our laughter coming from a meeting room was “causing a distraction” to the people in the open-plan office. This was irritating, first, because our joy was due to the fact that we were actually having a really productive session, inspiring one another and coming up with some innovative ideas. But, hey, fair enough if we were affecting others’ concentration.

But secondly, and worst of all, was that minutes after sticking his head around the door to admonish us, he began to kick a football around said open office with one of his buddies in engineering. Total hypocrisy and an almost perfect illustration that respect and trust are earned and can’t be won with intimidation or the expectation that you automatically deserve it “because you’re the boss”.

Assertiveness is not the same as arrogance and certainly not synonymous with aggressiveness or fear. (My two colleagues and I left for other roles not too long after this incident).

“Remember who you’re talking to.”

Get more sales enablement insights, straight to your inbox every month 👇 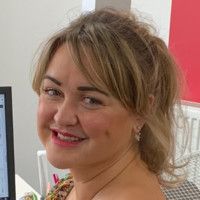 Sales Enablement Collective
—
Your team thinks you're an a**hole: How you’re demotivating your team and how to turn things around