Dickson Wong defines Sales Performance as entailing three key roles. Speaking at the Sales Enablement Summit in San Francisco, he gave detailed examples of how he has executed each role in various companies.

Let's take a look at what he said.

What is sales performance?

"Sales performance is focused on transforming an entire organization to sell more, better.

When I think of the role we play in the broader organization, it's three things.

One, it's leading change management.

Sometimes it's this massive transformation. Sometimes it's ‘we launched a new product or a customer bought this thing, now we want to build a whole go to market play around that.’

We want to be able to lead that change management.

Second thing is we want to think holistically about the problems we solve.

If we chase little things like battle cards, or one competitor and then a new competitor comes in, we might not be solving an underlying problem that's there.

Third is to make sure that we stay where the execs want us to be.

Our job should be building a function that really solves for the vision of the company and where that company wants to go.

When you step out into operations or enablement, you get to take that same view of this maniacal, quarter driven sales execution.

But you also get to take that 30,000 foot view and look at the whole business.

Meaning that you can see issues such as ‘this solution may solve this problem for this quarter, but there's a problem that's going to linger for every quarter.’"

"One company I joined was reaching that hundred employee mark. At that time, there's a very different need that the business has.

In the startup world, when you have innovators and early adopters as your primary customers, there's less than 100 people. The real goal is figuring out what their product market fit is.

When a company starts reaching that second stage, that of hyper growth is usually the time where someone realizes ‘we may need a more formal enablement structure and we'll start hiring now.’

Two challenges come from this.

One, there was a whole lot of stuff that was just randomly built out there and scattered all over. Maybe we spend the first six months just trying to find everything, or rebuild or reshape everything.

That can get pretty messy because whatever was done before was either tribal knowledge and now people have left, meaning we have this whole new sales crew and we don't know what to do.

The second thing we have to think about is because we're growing so fast, a lot of stuff is hidden by that success.

At some point, it gets to that next stage where they reach this certain level of critical mass, all of a sudden there's this influx of competitors or something similar.

The business is still trying to grow, but then profitability or lowering your CAC ratio becomes super important.

The key thing here is when we look at a lot of these stages, that 30,000 foot view really comes into picture.

Whilst we need to solve the problems that are immediately at hand, we're also the ones that have to think about for the sales org and from an execution point of view, what needs to be put in place that no one's prioritizing, that sets them up for that next phase.

How do I begin building the content and building a program that helps set up our sales for success as the business evolves?

If I know better profitability is going to be important, my initiatives should be focused on what prioritized programs I focus on, that helps lower our cost to acquisition.

Those might be more focused around productivity, sales reps, asp's, so that we're not just hiring more to cover less. So we really think about how you build your business and how you prioritize it.

We should solve that current problem that we got hired to do, but also be the ones driving change within the organization on what that next stage looks like and plan ahead for that.

Then the last stage is really about sustainability, but it's also finding that next market that they can drive into.

We play a big part in that because we have the voice of the customer. We hear what the salespeople need from a pain point of view and a challenge, which means we provide a level of thought leadership that we can bring back to the exec board, and build out that next go to market play that takes them to that next area of either rebirth or decline.

So our job here is to really lead change."

Think holistically about the problems and solutions

"Now, it's really interesting because where most organizations thought of sales enablement, the first thing they come up with is training.

‘You guys are the trainers.’

Maybe at one point that was also true where it was just sales trainers, or trained generic l&d trainers that moved because they loved the world of sales and they understood how to build a curriculum to develop sales.

Then you have this group called product marketers, who say ‘I know what the problem is.’

Now they're trained, but they keep asking us for the tool. So now we have to create these pitch decks, collateral and content.

But our salespeople aren't using it. So then they go ‘Oh, you know what, let's call this sales enablement.’

‘Let's make sure that as a marketer, I'm giving training on how to use this tool and how to find this content.’

So then that kind of that next generation of sales enablement became more of a marketing function to enable sales reps to find the tools and use those tools.

That was really great, because then that solved another problem.

But then a third problem arises when the market changes.

For example, a company I was in, was making the shift of going from a commercial state business to wanting to capture the enterprise.

There was no tribal knowledge. There were no documented plays or marketing content.

They realized they needed sales enablement.

But if you're just coming from marketing and training, you may not know either! So they realized they needed to hire someone with enterprise excellence.

So when you think about the actual problem of sales, it isn't just a problem for the sales team or the sales leader. Ultimately, it's a company wide problem.

A lot of the big initiatives you're tasked to roll out, whether it's a new sales methodology, or something like that, it really involves the whole company.

We really want to solve even some of the most simple problems before they fester into a big one.

One example is where we end up having to compete on price. Sometimes the company starts making this decision to lower the price of the product, so they can be more competitive to others.

In this case for me, my CRO came to me and said ‘this one competitor is competing with us solely on price, but they're not winning any deals. They’ve become a nuisance, let's do a training with the reps and build battle cards on how to compete against this competitor.’

‘We've done this many times before every new competitor, you have a new battle card and so on.’

So then I wanted to dig deep, and find out what's the real issue in terms of this, as we're not losing any deals. Is there an issue? What's going on?

I began talking to a few reps talking to other teams, the real problem we found was, we weren't articulating the value of our product well enough. Our competitor focused on this one area and went into procurements.

Meanwhile, for us, we stuck with just the end buyer and never worked our way up to an economic buyer where we had exact sponsorship, because we were a technical product. We never articulated the value of what we delivered to that economic buyer.

The real problem was really, yes, there is training there, but was really solving for that in terms of how do we sell up? How do we sell holistically versus building a battleground?

We built the training around the tools around these questions and it had a lasting effect, even for the next few competitors that came in our way and kind of blocked us."

"Now, what do we ultimately build at the end of the day? You can say we build a training program.

We build a tech stack that salespeople can use, and so on. But if you put all that together, what we're really building is a long term strategy that enables companies to realize their vision through sales.

The first thing I'd always really like to look upon entering a new business, is look at the ultimate vision of the company.

I want to make sure that I build a sales performance team that really is going to change the culture of the sales team and maybe even the company. It's something that's aligned to that company vision.

The next piece is to foster company wide alignments by helping connect the dots and open communication.

Your salespeople, especially in enterprise, know this, but we know this as well. Most companies, no matter how small or large they are, they suck at several things.

It's just the nature of things because everyone's focused on their specifics and targets. They look at their business from very different points of view.

The next thing is, that means in order to do that, we want to map our teams when you're thinking about how do I build out my org or how do I reshape my org to partner with your key customers?

Our obvious key customers are leaders in sales, but that's also the leaders and Marketing Leaders and operation leaders in the product team and leaders on the exec team.

If you have your hand in those different pockets, it really helps you drive that alignment and solve the bigger problem, not just a sales specific problem."

If you're running a sales performance team, your job is to play conductor and orchestrate.

You have your own bag of weapons and tools, like driving sales, methodology training, product enablement, sales, best practices, all that.

But really, you're taking all the points of view from your field marketing, from sales strategies, from the exact team from product manager from customer success.

You're feeding that information into a package that sales can consume, but you're also taking sales and customers' insights back to the business.

We get to be that centerpiece that holds all those things together.

One of my favorite quotes comes from Steve Jobs is everything around you, that you call life was made up by people that were no smarter than you. Once you realize that, you can change it, you can influence it.

No company has a single definition of what we do, which means that it doesn't matter what anyone thinks. It's what you build and what you define it as that can shape where our industry is going and where we sit at the table."

This article is adapted from a speech Dickson gave at the SES San Francisco, Dickson Wong is Head of Global Sales and Performance and Strategy at Segment 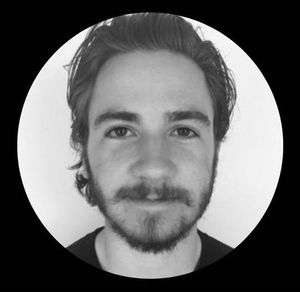