Katyusca Barth, Global Head of Revenue Operations at ITRS Group, gave this presentation at the Chief Revenue Officer Summit in December 2022. You can catch the full replay OnDemand with an SEC membership.

My name is Katyusca Barth, and I’m the Global Head of Revenue Operations at ITRS Group.

As I was preparing for this article, I was thinking about bringing in some real-life examples of how RevOps has directly impacted revenue performance.

Obviously, there’s a lot of intangible value in revenue operations - how do we relate directly to the money? This is what we’re all here for as revenue leaders.

I’ve been doing operations for 20 years. I was a weird teenager who really liked spreadsheets. I grew up in Brazil, moved from my hometown to São Paulo, then to the US, and then I found my way to the UK and I've been here for the past six years.

A lot of people ask me when I meet them, “Why did you leave Brazil? It's warm, it's got beautiful sea views.”

I don't think Brighton is that different really, what with the seafront and all that.

So to bring it back to the question of revenue, I wanted to share:

More than just a function, I think RevOps is a way of looking at the business and is a model of execution. I think it should mean different things for different businesses.

It's important to understand what your needs are, what your priorities are, and the timescale of your journey in order to define your revenue operations themes.

In the image above we see the most accessible model, or way it looks in practice.

We see different things here too like pricing, product, and finance. Where do they sit?

We've also talked a lot about enablement as a full, separate thing.

At the core of any revenue operations model is go-to-market alignment, driving that common goal and common language, and creating a vocabulary across the business that will help you be successful.

There has also been quite a bit covered on “Why revenue operations?” I’m not going to sell it to you again, but it really is a game-changer.

The amount of rework and re-engineering processes when you don't have that foundation can be quite significant and a growth inhibitor, so that’s just a thought there.

Now I’ll talk about language, intelligence, and productivity, and give some real examples of them all.

On common language, this example is a post-acquisition, PMI scenario.

The problem that we were facing was this:  we had a pretty aggressive cross-sell target post-acquisition. There was a lot of investor pressure and we were behind, we weren’t on track to achieve that goal.

We were still operating in three different CRMs at the time, and there was significant pressure on the sales team to build that cross-sell pipeline, which was one of the key reasons for the acquisition in the first place.

So what did we do?

The first thing was to create a common language and map where the pipeline could connect with each other.

We also created a cross-sell program which allowed us to create focus with the sales managers. We also leveraged product and usage intelligence to build a list of targeted accounts.

This is because one of the challenges we faced with the cross-sell is that you acquired businesses and had some overlap of customers, and effectively had a whole load of prospects for each part of your business from the acquisitions.

But the question was: where do we go first?

Helping the managers prioritize that work alongside the rest of the pipeline they needed to focus on was really critical. Having that intelligence, building it together, and creating that common language is what really helped us drive that cross-sell.

We increased the pipeline by about 200% after implementing this cadence, and took away a lot of distraction from the sales managers and helped them focus on that cross-sell. So it was an interesting experience for us.

The second example is about intelligence, and it's one of my favorites.

A long time ago, I was a deal desk, which is the most ungrateful job anyone can ever have. In this scenario, there were almost 400 salespeople in the organization globally. It was a very transactional, high-volume kind of business.

We had very driven sales managers driving their pricing and deals on a quarter-by-quarter basis. And as a deal desk, there were some behaviors that were quite harmful.

And I could see that, but it was really hard to translate that back into something actionable and have managers listen to us.

So fast forward a few years, I was then Head of Ops, and I built this pricing model with our pricing analyst that we then fed into a Business Intelligence (BI) tool. Basically, we loaded in five years' worth of pricing and discounting behavior on the sales team.

We were building it for years, so we really spent time with that data, understanding the different behaviors and the market nuances.

So we spent a lot of time with it and we focused on five metrics that we thought would really bring value to the field.

A few years prior, this company had a major price model change, and that price was implemented and we saw the dip in the model - it was showing that it wasn't necessarily driving the right behavior.

So as a result of that pricing analytics program, we were first able to revert or make some changes to the pricing model.

Offering simplification was one of the things that we did last year, as there’s less complication on invoicing and different price points throughout the customer journey. So that was a big achievement that we were able to make.

The second thing was that we started sharing this database globally. Every single sales manager had their team's pricing behavior available at their fingertips at all times, and it was absolutely a game changer.

We targeted sales teams to price 5% more on their user charges as an example. 5% is such a small percentage, yet that had a massive impact on our revenue at the time.

For the first year, it was about 30% growth year on year.

I checked in with my friend who's still there (the pricing analyst who helped me build the model), and to date, this model has generated over $60 million just directing on the pricing best practices and change.

It took a number of years, and it took people trusting the facts that we were presenting to them, but without the data and thought, and really digging into that data, it wouldn’t have been possible to do.

This final example is a combination of my experiences over the years. Anecdotally, it sparked after an experience that I had as a business analyst (BA).

I was a young new BA on the IT side, working on Salesforce enhancements and all of that.

And I got landed with a project where our legal team had purchased a system (that shall remain nameless).

That system was completely incoherent with how we did business, but it was purchased, it was there, we had a year or so contract, and we had to implement it.

It was obviously an absolute nightmare, and to this day still creates a lot of productivity issues for the sales team because the tool didn't fit what was needed, how we were selling, and how our sellers were behaving.

So from then on, it became a real passion of mine to think about tech stacks and productivity tools.

More recently, I was asked to do a tech stack evaluation of:

And I can’t emphasize enough the importance of having a team that’s responsible for owning the full stack for go-to-market.

When you have siloed decisions like what happened with the legal team at my previous organization, marketing might go off and buy some piece of technology that might be solving one problem for them but then creating another over here.

I like to joke with my team that I feel like the ‘Chief Say No to Technology Officer’, because every other day there’s someone wanting to buy some piece of technology.

We've seen today that there's some great technology out there to help us drive our business in a better and more data-driven way, and we should absolutely be leveraging them, but not at any cost.

You’ll find yourself with a really expensive tech stack and a lot of overlapping technology and low adoption in some parts of your process.

And then you have conflicting data, telling you different things, and we go back to not having a common language and common goals.

So to bring it back to revenue performance, we did a full evaluation and we spent two months looking into what the users were doing, adoption data, who was using the pieces of technology, and what they were doing with it.

We now find ourselves with a 25% reduction on our tech stack run rate in terms of cost. We've replaced two systems because they weren’t being used to the full extent, or we found other tools in the market that would better serve the purpose of what they were being used for.

This has significantly changed the experience of the users.

Ultimately, you can have a lot of data tools available to you, but at the end of the day, the experience of the sales users and people on the field is going to drive how good your data inputs are - and therefore your data outputs.

Getting the most out of RevOps

I have some final thoughts about the power of revenue operations as an execution model. We talked a lot about how to make it happen, and I really feel like having this team setup can help you get there.

You have process, tools, analysis, headcount planning, talent, and retention. There are so many disciplinary things that go around RevOps.

So be creative, and bring creative people into that role, because it will really help you get there faster.

I think it's also important to say that you can't be afraid of blurred lines. Yes, it’ll touch a lot of different departments and some of those lines will be a bit overlaid, but that's okay.

I think bringing that collaboration, talking the same language, and having your revenue leaders talk with these various functions, whether it be finance or legal or whoever. Having those blurred lines is okay, and it should drive collaboration.

And then the final thought is that RevOps should have a seat at the table.

I often see decisions being made in isolation, and then by the time we get wind of it, it's like, “Wait a minute, the data’s telling us something else.”

So it's really important to have that ongoing collaboration and have your revenue intelligence function sit at the table when decisions are being made.

I hope this artcle has been helpful, thank you for reading. 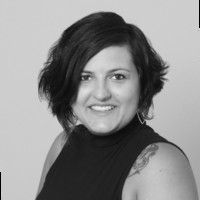