What is revenue enablement?

Sales enablement involves providing your sales representatvies with the resources, coaching, and support needed to maximize their effectiveness. This is a continuous process that doesn't just stop after onboarding.

Sales enablement's ultimate goal? To create a repeatable, scalable system where reps are elevated and the organization's goals are met in a more efficient way.

So where does revenue enablement fit in to this equation?

Revenue enablement takes sales enablement's supportive mindset and applies it to across the entire revenue-generating organization. And why not? Why should the sales team be the only team to receive such dedicated, passionate support?

For many, revenue enablement is a natural evolution of sales enablement. We've seen what sort of great results enablement can bring to the sales landscape, so the next step is to enable across the go-to-market (GTM) organization.

The most common teams to see covered by revenue enablement (asides from sales) are marketing, customer success, and the product teams. But by no means is that the limit.

Any revenue-generating, GTM team can fall under revenue enablement's remit.

SEC's Rise of Revenue Enablement Report catalogues this rise with data gathered from organizations across the globe.

Additionally, our Sales Enablement Forecast Report 2022 higlighted that organizations are continuing to expand into the revenue space from sales enablement. 29.9% of respondents in that report believed that expansion from seller enablement to include other customer-facing, revenue-generating roles would be an upcoming trend.

At the end of the day, revenue enablement, like sales enablement, is about helping reps become the best version of themselves. Once you keep that at the forefront of your mind, you're likely to find success.

How does revenue enablement develop to encompass the entire customer journey?

One thing which is immediately striking about revenue enablement is the scope. You're not just focusing on supporting the sales team and maximizing its performance (a mammoth task in and of itself). As a revenue enablement professional, you have the entire revenue-generating organizations progress to contend with.

While to some extent it's doing what sales enablement does, but bigger, there are obvious differences in each department's needs. While a sales enablement professional will have their hands full meeting the needs of a diverse sales team, a revenue enabler has to be prepared to learn the ins and outs of multiple teams.

This is where cross-functional communication is vital, and revenue enablement can be one of the keys to unlocking it in an organization. Communicating needs, issues, and more across teams can get messy and priorities can often be lost, but revenue enablement should have its finger on the pulse of each department, making it the perfect point of contact across functions.

It's a great way to grow and showcase revenue enablement's influence too.

If you're expanding from sales enablement into revenue enablement, you need to immediately start familiarising yourself with the entire customer journey. Yes, you're familiar with the sales funnel. But how well do you know the journey end-to-end?

You have to understand the nuances yourself before you can truly support the entire GTM organization as a revenue enabler.

If you've worked in sales all your life, and are moving into a revenue enablement role, make understanding the marketing and customer success processes a priority. If you're coming from a different background, then add sales to that list.

Ultimately, despite the differences and nuances, sales enablement and revenue enablement are about the same thing: supporting and maximizing the capabilities of the teams under your wing. Once you keep that in mind, you'll have the right mentality going forward as you develop your department.

It's not just revenue enablement that's become more prominent in recent years, however. Revenue-oriented functions and roles such as revenue operations (RevOps) and Chief Revenue Officers (CROs) are all becoming increasingly common.

These positions, alongside revenue enablement, are tasked with not just keeping the revenue engine ticking, but scaling and growing it as well.

Ultimately, the goal for any organization is to drive revenue growth in the most scalable, efficient way. It's no wonder that revenue departments are becoming a staple when you take that into consideration.

Speak to any revenue leader, and they'll tell you that one of the keys to achieving this growth is cross-functional collaboration and the breaking down of communication silos.

As revenue enablement's rise is proving, in this modern era you can't afford to have a siloed organization. Gone are the days where sales has no idea what marketing is doing, or when product and learning and development had no interaction.

To be successful, your organization has to communicate across functions and operate under one, united banner in order to achieve the coveted revenue growth.

Bridging that gap is often difficult, but if you can do that, you'll begin to create a culture of sharing, collaboration and support in your organization. Sales, marketing, product, every function has the same overarching goal: to aid in generating consistent revenue for the organization.

When that's the case, it doesn't make sense to have closed off, siloed departments. Everyone has one goal, and so should be one team together.

Where do Chief Revenue Officers fit into all this? It's simple. They're tasked with steering the revenue ship. These revenue functions, whether it be enablement, operations, or something else, will often report to a CRO who sets the targets and goals.

Want more resources like this at your fingertips? Become an SEC member today and gain instant access to 200+ hours of OnDemand video content, member-only templates, articles, and more. 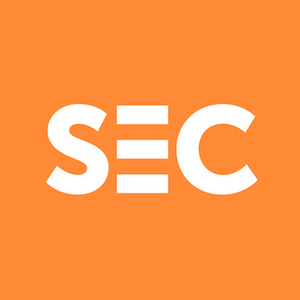