In this episode of the Sales Enablement Innovation podcast, we got the chance to sit down with Kieran Smith, Senior Manager for Revenue Enablement at Andela. Kieran took us through his journey into enablement and his experience at Andela.

Here are some of the highlights from the session, which includes:

Before we dive into the highlights, don’t forget you can catch the full episode right here. 👇

As you're relatively new to the enablement side of sales, what was one of the biggest challenges in making that switch?

“The biggest challenge was navigating the gray area of where enablement starts and stops, and where the manager side lies.

“In my previous roles, I'd only ever worked with a training department for one company, and that was very much just training rather than enablement. Any content came from marketing and reports came from revenue operations, so it was all very siloed.

“Coming into the enablement side, I’m really lucky that I get to work with a fantastic senior leadership team who accepted me and got me involved in all the strategic conversations around building playbooks and defining the strategy and processes.

“Initially, I found it difficult to understand where my involvement started or stopped on certain things. Even with coaching you've got to make sure that everyone's singing from the same hymn sheet. You don't want to be giving advice that’s different from managers, directors, or VPs.

“I think I probably second-guessed myself a lot and said too much on certain things, and didn't say enough or push enough on other things. For me, those were the most difficult parts to get a real handle on.”

How do you make sure that you're not siloed when interacting with other functions at Andela?

“At Andela, we're really collaborative in a number of different ways. Revenue enablement and revenue operations will report to my boss, and across us, we work really well together.

“We've got a fantastic revenue operations team and we work hand in glove with them to help define the processes. They do the back end on Salesforce reports, and we enable the reps on how to use it.

“Most recently, we've started working more with marketing around content and team-specific cadences, and we’re now a lot more data-driven.

“Rather than having lots of reps writing their own cadences, we want to get to the point where we have specific cadences that are driven by data when we know what subject lines and CTAs work the best. So that means we're working really collaboratively with marketing.

“Our team meetings include all of the revenue operations and revenue enablement teams. This way, we can hear about each other's progress, problems, and blockers so we can help each other out.

“We're really fortunate that Andela is generally a really collaborative place to work. Certainly within the revenue team, everybody knows where to go to ask for things. Things seem to get done at a really fast pace, but the quality of work is also really high, so we're quite lucky that we've managed to foster that.

“We’re going through a transitional period at the moment and working towards top-of-funnel, middle-of-funnel, and bottom-of-funnel, and everyone's role in the last year has really broadened across what we're responsible for.

“When I first came in, I was only working with AEs and enterprise AEs until I was promoted to senior manager. As a manager, I was overseeing the team and had to know what was going on elsewhere. I then started working with the senior leadership team and directors and we created a brand new team.

“Additionally, we have a leadership development program and a program called Epic Academy which aims to help SDRs with career path mapping. So everyone's roles have really broadened.

“In regards to where we are at the moment, we've grown organically which is great. Ideally, we'd like to implement a bit more structure to take our own team to the next level.

“I've got one person I need to bring in to help with the top-of-funnel side of things and then we'll mainly focus on that.

“We'd also like to do more microlearning and put some structure around it. We want to introduce certifications or on-demand learning paths that people can do, even if it's around specific parts of the sales process.

“Rather than doing live sessions or coaching sessions, we can create a path where we train individuals through videos or other mediums.

“The biggest thing I would like to make more robust is the coaching culture. Not just for us to reps, but from VP level and CRO level to their managers, and from their managers to their reps in order to understand what real coaching is.

“For me, there's no better return on investment and time spent than coaching your reps.

Many businesses will hire more people to try and get more revenue on the board, which is the most costly way of doing it and also takes the longest amount of time to ramp people up.

“We could instead take someone from 50% to 80% productivity in a shorter period of time, which would move the needle on the bottom line revenue straight away.

“We're investing a lot of time in things like Gong, working with the managers, and using scorecards. This is helping us because we get a lot of data on the back end of which set of reps to focus on, who's doing best practice, how we can extrapolate that best practice, and diving deeper into that.

“So I think if we could progress microlearning and develop more robust programs as well as the coaching culture, I think we'd be in a really good position.

How important is it to have a revenue enablement function that looks at the full funnel versus just sales enablement?

“I think it's vital. That's why in more recent months we've looked at working more in-depth with marketing, for content that salespeople can use to catch prospects or existing customers' attention all the way through to the cadences so that we're able to scaffold and help create revenue, regardless of where that comes from.

“To give you a specific example, I work with a guy in marketing and his team and we look at a specific practice that we work on such as data. We’ll look at the data and personas and then they'll create a cadence along with the data practice lead.

“We'll also look at how to capture people's attention, so they’ll work on the side of subject lines, call to actions, the content, and if it’s going to the C-suite or the director.

“Then on the other side, what I'll do with the same practice is I’ll work with the reps and look at what the best questions to ask this type of persona are, what problems they have, and where we can add value.

“So we basically scaffold both sides of that learning and it means that the reps have a much deeper understanding when they go out.

“If marketing just gave you an email template without us backing it up with the questions and support around it in group sessions, we’d never really know if it was going to work and reps wouldn’t feel prepared to go out there.

“So whether that be with marketing or with RevOps, you've got to work in that collaborative way and right across the revenue because they all affect the bottom line at the end of the day.

Want to catch the full episode?

Enjoyed the highlights but are still hungry for more? Catch the full episode with Kieran right here. 👇

And if you want to join a community of 5,000+ of your sales enablement peers, you can join our Slack community free here. 👈 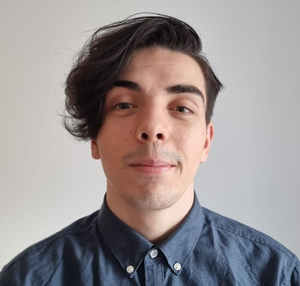